The highest resolution camera phone which Xiaomi recently launched were the new Redmi K20 and the Redmi K20 Pro smartphones. Both the smartphones features a 48MP main rear camera on its back. Now it seems that Redmi is going to take its camera resolution on its mobile devices to the next level. Redmi has now released the first camera sample from its 64MP smartphone on its official Weibo account.

The teaser below of the camera sample from Redmi’s first 64MP smartphone shows a cat by zooming into cats’ eyes. The image shows crisp clear details around its eye. But it seems like the image hasn’t been taken too far from the cat but still, it shows really clear detail of the cat’s eye. 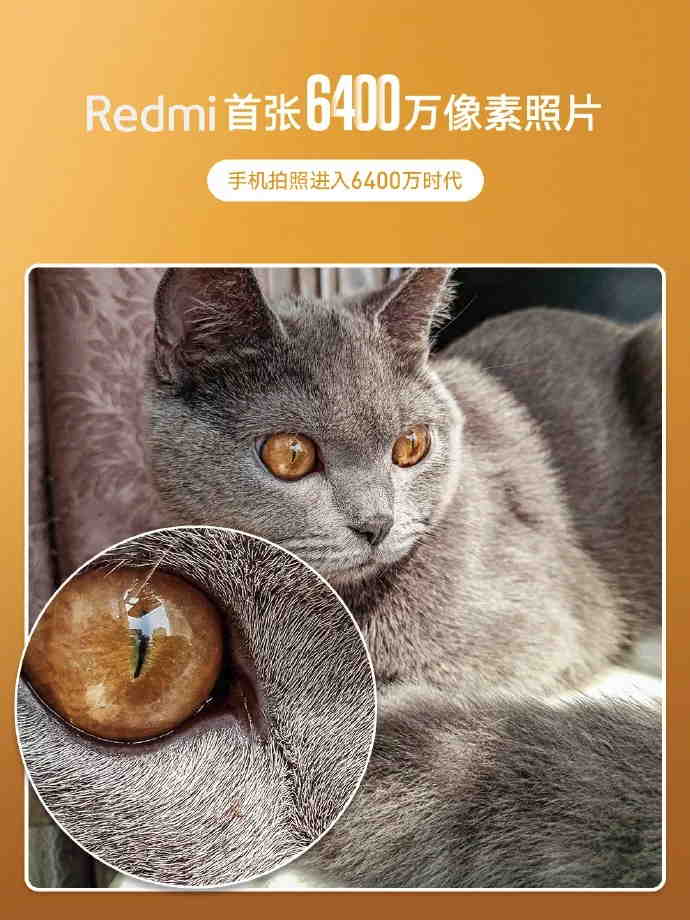 The Weibo post from Redmi’s official account says that the phone officially entered the 64 million pixel era!. The post confirms that the Redmi has finally taken the wraps off from its upcoming 64MP smartphone and we might get some new details soon from Redmi about its upcoming and the first 64MP camera smartphone.

However, Redmi hasn’t yet revealed that which upcoming Redmi phone would be the first to have the new 64MP camera resolution.

We expect to get more details soon as Redmi has just started teasing its first 64MP camera sample from its upcoming phone.