Xiaomi’s sub-brand Redmi is set to launch its upcoming Redmi Note series smartphones on August 29, 2019, including the new Redmi Note 8 and Redmi Note 8 Pro. Now, ahead of its official launch Xiaomi has confirmed that it will also launch a new enhanced version of its RedmiBook 14 on Agust 29 that will be powered by the Intel’s 10th-Generation Core i7 Processor. To recall, the previous version of the RedmiBook 14 was launched powered by Intel’s 8th-Generation Core i7 Processor. This means that the upcoming RedmiBook 14 will see a major upgrade on the processor side.

Key Highlights of the RedmiBook 14

The key highlights of the previous version of the RedmiBook 14 include a 14-inch display, up to eighth-generation Intel Core i7 processor along with an Nvidia GeForce MX250 graphics card. The laptop also includes DTS audio support, cooling system, and Intelligent Unlock 2.0 feature. The laptop also comes with pre-installed Windows 10 operating system. 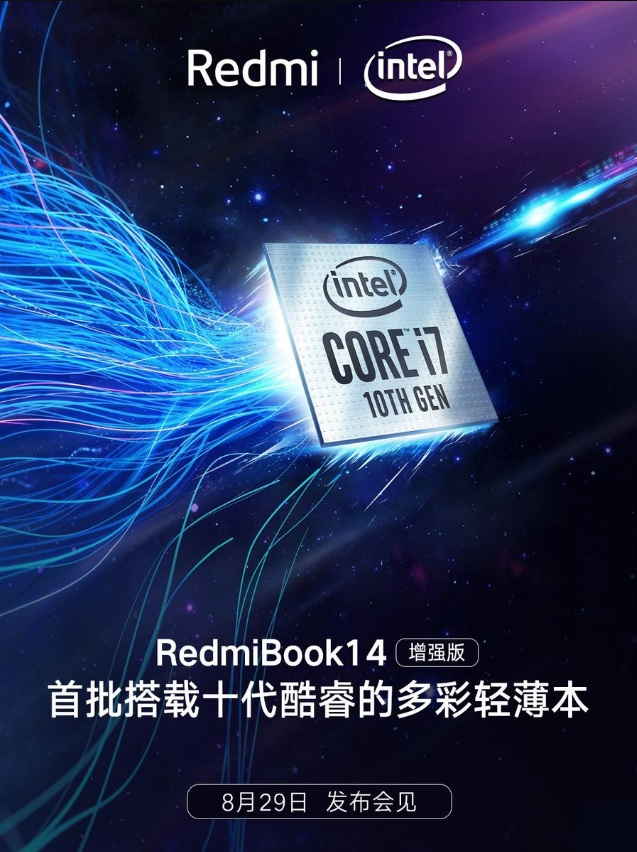 If we talk about the price, the high-end model that comes with eighth-generation Intel Core i7 processor and 512GB SSD was priced at CNY 4,999 in China which is roughly around Rs. 50,400). Since the upcoming RedmiBook 14 will come with upgraded 10th-Generation Core i7 Processor the laptop might cost a title bit higher than the regular RedmiBook 14.

However, Redmi hasn’t yet revealed the price of its upcoming RedmiBook 14 10th-Generation Core i7 Processor model.