Players can now trade-in 50 Reserve Cases to unlock a weapon of their choice from a Crate that also includes 2 Reserve items, along with a bonus of 5 Duplicate-Protected Crates for 15 additional Reserve items.

You can check the full update details on the Black Ops 4 patch 1.25 here. 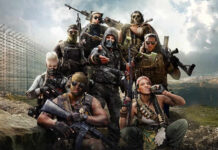