Honor 10 Lite in India is now receiving the latest OTA update which brings the Airtel and Jio VoWiFi calling features along with the February security patch. The latest update for the Honor 10 Lite weighs 930mb and brings improvements to the voice and video calls over a WiFi network for carriers that support this feature.

The VoWiFi features allow you to make free calls over WiFi without the network. So, now you can enjoy this feature on your Honor 10 Lite device in India. 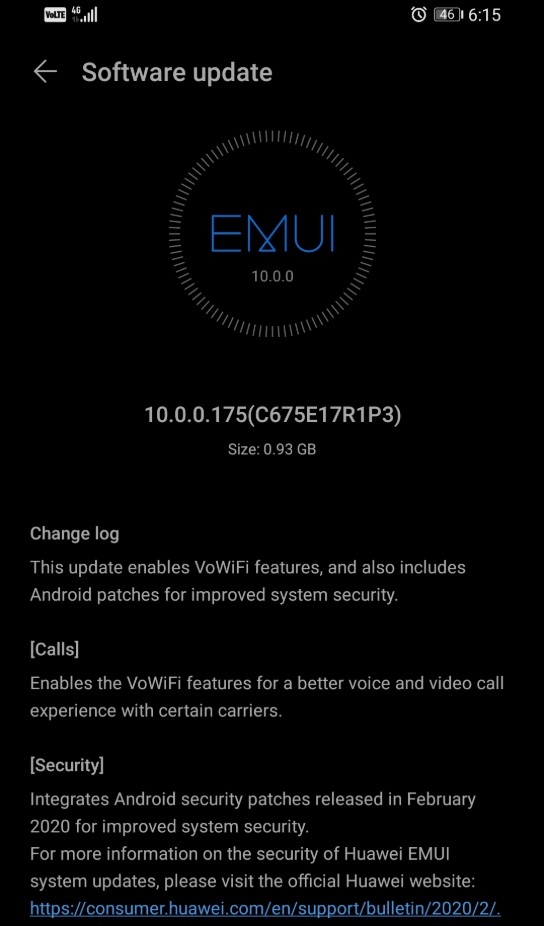 The VoWiFi calling feature on a device brings improved voice and video call quality with supported carrier networks including Airtel and Jio.

Recently, Realme also rolled out the latest VoWiFi calling feature to its number of devices including Realme 2 and Realme C1, Realme 3 Pro and Realme 2 Pro in India.

To recall Honor 10 Lite was launched in India back January last year running on the Android 9 Pie based on EMUI 9.0.1 skin on top.

Massive COD: Modern Warfare Update 1.24 is Reportedly Rolling Out for...

Borderlands 3 is Free This Weekend on Xbox One, PlayStation 4,...

Call of Duty 2020 Will Be Announced Next Week on August...

PS5 Big Announcement Planned for This Month, According To Bloomberg