Cyberockk
Home Gaming Dungeon & Gravestone Will Release on April 23 for PS4, Xbox One,... 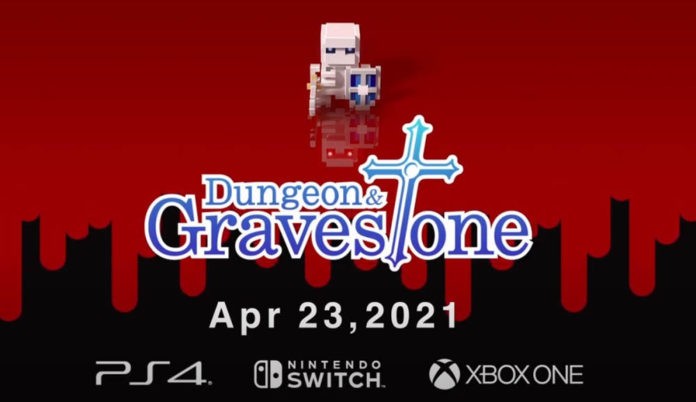 The roguelike role-playing game Dungeon & Gravestone has an official release date and a trailer. The publication will take place as early as next month.

The development studio Wonderland Kazakiri (BQM – BlockQuest Maker) has announced a new roguelike dungeon role-playing game called Dungeon & Gravemaker, which will be released on April 23, 2021, for the PlayStation 4, Xbox One, and Nintendo Switch.

In Dungeon & Gravestone players are confronted with death and rebirth. A world full of grief and sadness, where only death is certain, awaits the players. There is a city where people take annihilation for granted and it is as gloomy as an empty shell.

The official description of the game is as follows, via Wonderland Kazakiri:

“There is a world full of grief and sadness, where only the end of life is certain. In this world, there is a city where people take annihilation for granted, and this city is grim like an empty shell. Who am I? Just stepping into the dungeon in front of me…

Dungeon and Gravestone is a roguelike RPG where you die over and over again. Generated dungeons are full of difficult traps and puzzles. Put your life on the line in over 500 quests, weapon and item collection, and even fishing. How deep can you dive? Defy the unprecedented automatic dungeon generation algorithm! And finally, find out what lies beyond the deep dungeon…”

With the first trailer, the developers are already giving us a look at Dungeon & Gravemaker. So you can get familiar with the dungeon crawler.