According to the announcement, DICE say that the biggest Battlefield development team ever working on the two upcoming Battlefield games for both console and PC which are likely to be revealed this Holiday season 2021.

Working with more world-class development studios within Electronic Arts, we have our biggest team ever on a Battlefield game for console and PC. Said, Oskar Gabrielson, General Manager DICE.

Next up, DICE today announced that there is a new Battlefield Mobile game coming in 2022 that will be a standalone game and will be a totally different game from the one the team is working for console and PC.

Make no mistake, this is a standalone game. A completely different game from the one we’re making for console and PC, designed specifically for the mobile platform. It’s being built from the ground up by iToys to make Battlefield-on-the-go a reality and you can expect a fully-fledged, skill-based experience. This mobile game is now entering a testing period ahead of launching next year, so expect more details to come. Oskar Gabrielson added.

To recall, back in February this year, DICE CEO Andrew Wilson confirmed that the full reveal of the Battlefield 6 game will take place this spring in 2021, with a Holiday 2021 release window for the game.

He further revealed that the next new battlefield game will offer an “all-out military warfare” and will support more players than ever before. This likely means that the game will have more than 64 players limit.

The game will take full advantage of the power of next-generation platforms like PS5, Xbox Series X, and Xbox Series S to bring massive and immersive battles to life with more players than ever before. Below you can find an overview of the note from Electronic Arts Q3 FY 2021 earnings report.

The news is definitely great and we can’t wait to hear more about the upcoming two Battlefield games for this year.

Are you excited about the upcoming Battlefield games? do let me know in the co0mmnets below. 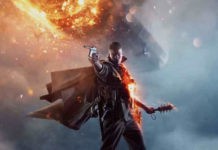 Crash Bandicoot: On The Run Coming To iOS and Android Devices