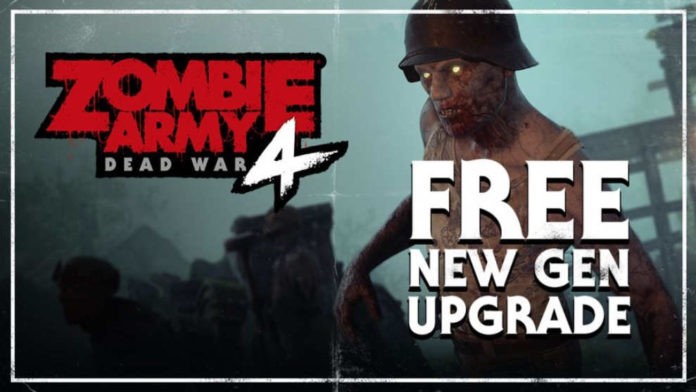 Rebellion today announced the free Zombie Army 4 Next-Gen upgrade for both PS5 and Xbox Series X/S that brings faster frame rates, higher resolutions with up to 4K 60 FPS, and reduced loading time on the platform of your choice. Notably, the new next-gen upgrade will be live for both PlayStation and Xbox Consoles starting Tuesday, April 6.

Rebellion also announced that the Zombie Army 4 also comes to PlayStation+ in April following the Xbox Game Pass in the near future. Below you can find the list of upgrades for each platform and the dates they will be going live.

Rebellion has also shared the patch notes for this week’s update for Zombie Army 4 including all the fixes and improvements coming to the game.

DRS enabled – The resolution of the image can drop below the target to ensure a smooth FPS.

*DRS enabled – The resolution of the image can drop below the target to ensure a smooth FPS.

In addition, this week’s patches come with the following fixes and improvements;