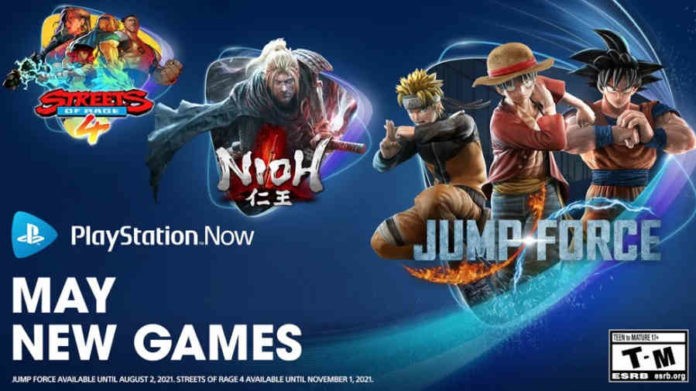 Sony and Microsoft both have announced the games coming to their respective monthly game subscription service in May 2021. While Microsoft has announced Red Dead Online, Just Cause 4: Reloaded, Outlast 2, FIFA 21, Steep, and a few more coming to the Xbox Game Pass in May.

Sony has now also announced the list of games coming to PlayStation Now in May 2021. PlayStation Now games for May 2021 start with Nioh, Jump Force, and Streets of Rage 4. All these games will be available to play on your PS5 or PS4 console starting tomorrow May 4.

To recall, PlayStation Now recently got support for streaming 1080p capable games (requires minimum internet speed of 15 mbps) on PC and PS4/PS5 consoles. Sony says that the support will be rolling out for next several weeks across Europe, US, Canada, Japan where PlayStation Now is available.

PlayStation Now Games for May Includes Tom Clancy’s Rainbow Six Siege, The Evil Within 2 and Get Even