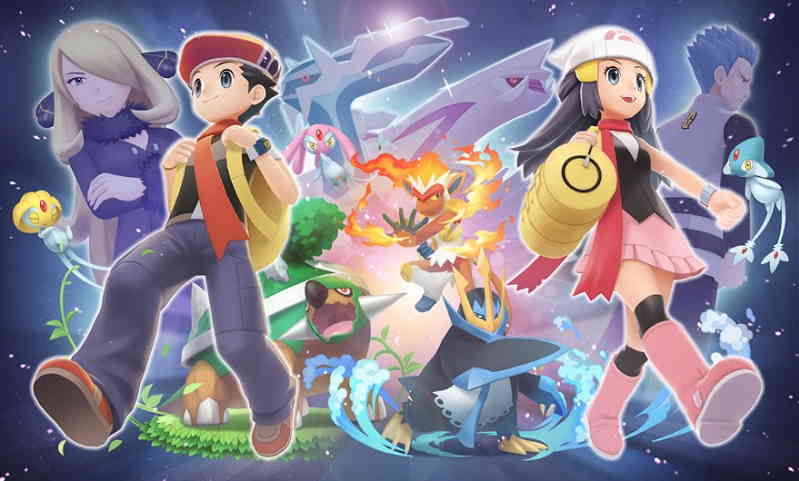 Pokémon Brilliant Diamond and Pokémon Shining Pearl will receive the first major software update 1.1.0 tomorrow on November 11. According to the Pokémon BDSP 1.1.0 patch notes, the first major update adds the ability to use local and online communication features of the Grand Underground, Super Contest Show, and Union Room. Additionally, players will also be able to receive gifts using the Mystery Gift feature.

The Grand Underground is a vast subterranean world that spreads out like a maze beneath the entire Sinnoh region. With the latest Pokémon BDSP update 1.1.0 patch, players will get access to Ramanas Park. Ramanas Park is an expansive new facility where you can encounter a variety of Legendary Pokémon!

In order to play the Ramanas Park is a facility content, you will need to update to the latest Pokémon BDSP update 1.1.0.

In Ramanas Park, you will encounter a variety of Legendary Pokémon including the following.

The dev has said that, at launch, a maximum of two players—yourself included—will be able to battle and trade Pokémon in the Union Room. A software update will be released in the future to allow for additional players.

How to Update Pokémon Brilliant Diamond and Pokémon Shining Pearl?