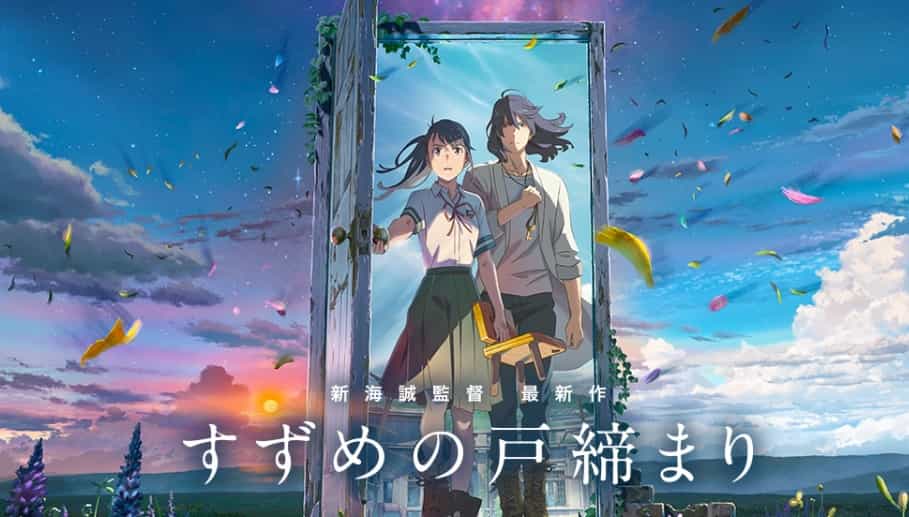 About the Suzume no Tojimari Anime Film

In this film, a 17-year-old girl, Suzume, dreams of a magical world. But when an earthquake cuts her off, she is forced to run to an abandoned resort to help a young man. There, she meets a mysterious young man, Sota Munakata.

As they help Suta to close the door, a red column of smoke appears and disappears. Suzume realizes that she is in the wrong place. When a local named Daijin sees her, he silently follows her.

As they chase the worm, Sota realizes that he is not alone. Using a key from his neck, he helps Suzume to lock the door. He then takes a seat in a chair. This is where his sense of self begins to fade away.

Suzume no Tojimari was commissioned by Makoto Shinkai in 2020. It is set in Kyushu, Japan and has a mysterious plot. According to the festival, it will be the first film to compete in the competition section of the Berlinale since the 2001 animated movie Spirited Away.

The 73rd Berlinale will feature 18 titles. These films will compete for the Silver Bear and Gold Bear awards. Also screened will be Survival of Kindness, which follows an aboriginal woman who goes on a quest to find her lost hometown.