With overall life expectancy in the developed world on the increase in recent decades, most nations are home a large population of retired people. And while many of them still manage to lead active lives via the golf and bowls clubs and through several health centers, it’s becoming increasingly important for the seniors in our communities to keep their brains as healthy as their bodies.

In recent times, the BBC ran a campaign in the UK to encourage older people to learn about the Internet, with a view to becoming involved in some degree in the online world. And while it was met with a little suspicion initially, it has led to a growing awareness of the web and what exactly it can do. For those individuals who have since become regular users, a whole new universe of possibilities has been opened up. 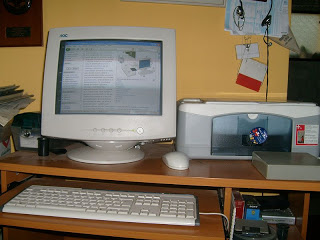 However, there are millions more retirees who have little or no idea of just how useful the Internet can be, and this figure seems to be increasing every year. With a significant proportion of those in the 50-65 age bracket never using the web in any form, the chances are that further campaigns may be needed to allow reluctant individuals to embrace the advantages of becoming silver surfers.

One of the best ways to encourage non-web users is to liken the benefits to things they already know about. For example, trying to explain how an email is sent is unlikely to make it an attractive proposition to send one, but talking through the similarity with sending a letter, and highlighting how it’s sent and received in an instant, will make many disinterested individuals sit up and take notice.

And along the same lines, it’s a good idea to show how the Internet can be used as a vast information resource. In previous decades, people had to rely on looking up facts in a reference book such as an encyclopaedia, but these days of course such information is available online and can be accessed in only a second or two. Many older people have a negative view of modern technology, but if they are shown the positives this can soon change.

It’s important to always remember, however, that new web users of all ages don’t need to know about EVERYTHING it is capable of doing. The vast majority of regular users still only scratch the surface of its capabilities, so there’s no reason to overload too much information on anyone. Keep it simple, keep it understandable and keep it positive!

David Showell is a regular computer user who feels it’s important to include the whole community in web-based activity. When he’s not surfing the web, he’s working for a company that Compares Car Hire Prices.

This article is contributed by David Showell and posted by Rizwan Ahmad Author and founder of www.cyberockk.com, He is a tech blogger from India and he loves to share his thoughts by writing articles on this site to the different topics related to technology world,

How to Run Two Versions of Apps on the Same Device Running Android Oreo 8.0