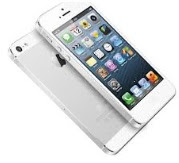 1- The New Model
Apple recently announced its next iPhone model, appropriately titled the iPhone 5. The new model is expected to bring over 200 new features to end users, both by way of new hardware developments and through software upgrades. However, it should come as no surprise that not all of these new features are created equal. Some are solutions to problems that nobody actually had. For example, the iPhone 4 and iPhone 4S were already thin phones. The iPhone 5 being thinner than its predecessors is not likely to be a deciding factor for potential buyers. There are, however, a series of breakthrough enhancements that are legitimately great and shouldn’t be ignored.

2- A6 Processing Chip
Perhaps the most important upgrade for the iPhone 5 is the presence of the A6 processing chip. Apple boasts that the new chip will allow the iPhone 5’s overall performance to double when compared to previous models like the iPhone 4 and iPhone 4S. The A6 chip, coupled with 1 gigabyte of operating memory (up from 512 megabytes in previous versions) will make for an all-around faster, smoother using experience.

3- Redesigned Screen
Another exciting iPhone 5 upgrade is the redesigned screen. The display resolution has changed to 1136 pixels by 640 pixels, though the actual pixel density is still identical to that of Apple’s “Retina Display.” The longer screen allows for an additional row of icons as well as additional screen real estate for various applications. The longer screen also allows for more natural media viewing when watching content (like movies or television shows) that were filmed in a 1.85 to 1 or 2.35 to 1 aspect ratio.

4- New Connector
One controversial change brought on by the iPhone 5 is a new connector. Dubbed the Apple “Lightning” connector, this input completely changes the way that an iPhone connects with peripheral devices and even computers. Older cables, like the kind included with the iPhone 4, will not work with the iPhone 5 without a specialized adapter. Though this may be annoying for some (especially since an expensive adapter is required to use all of the peripheral devices a person has already purchased), taken on its own this is exciting news. The “Lightning” connector is faster and more efficient than previous Apple connection methods. Many aspects of the iPhone 5 can be controlled by a person’s voice. Voice control plays a larger role in the operation of the iPhone 5 than it did in the iPhone 4S. Text messaging on the iPhone 5 fully supports speech-to-text functionality, allowing you to dictate a text message in situations where using your hands could be dangerous (like driving). Apple’s Siri voice control functionality has also gotten a series of upgrades. Most notably, users can now ask Siri to provide real time information like sports scores.

The author Brian Jason has been looking for the best iPhone deals having become very excited about the new iPhone 5.

Rizwan Ahmad
About the Author:
This article is contributed by Brian Jason and posted by Rizwan Ahmad Author and founder of www.cyberockk.com, He is a tech blogger from India and he loves to share his thoughts by writing articles on this site to the different topics related to technology world,