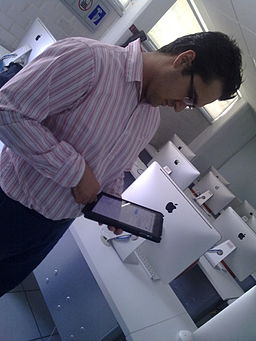 WordPress version 3.0, which offered exciting features such as comment moderation toolbar and push notifications in May this year, is now replaced with the new WordPress 3.1. Just a few months after the release of WordPress 3.0, version 3.1 becomes the biggest revamp in the history of WordPress’ iOS yet.

Apple Users Gets an Upgrade
Aside from the upgrades contributed by the version 3.0, the iOS WordPress App is able to recreate the appearance of the user interface (UI) on the Apple gadgets, particularly on iPad and iPhone. The iPad version of WordPress is quite similar to the Twitter user interface for iPad, while the UI of this blogging platform on the iPhone looks more impressive, but has comparable features to the Facebook app for the said gadget.

The WordPress UI for iPhone features a button located at the top left hand corner of the screen which enables users to access a hidden side menu for better navigation of web pages. The graphics of WordPress UI with the version 3.1 are more vivid with exciting new colours.

The new version also offers the simple post preview feature, so it’ll be easier to see any errors on your blog posts before getting them published. The post preview feature allows users to view unpublished posts with the actual positions of the text, images and videos on the web page. The WordPress.com Reader and Quick Photo feature is available at the app made for iPad; this feature was only available on iPhone until the introduction of version 3.1.

Other Features of WordPress 3.1
WordPress 3.1 introduces the new ‘Friend Finder’ feature that will enable users to look for friends who also blog through this blogging platform. In addition, version 3.1 allows users to easily access the Dashboard and preview their blogs through the renewed app which makes it more convenient for users since they do not have to transfer to their computers for minor blog maintenance.

Through the landscape orientation, blog post reading is made more convenient. The new version pleases the eyes of the users with a fresh app icon and an enhanced new registration screen.
To maximise the wide screen of iPad, WordPress adds a sliding panel on version 3.1 of its iOS app. This interface’s panels may be removed by sliding the panels to the right and can be resized or moved around easily.

This makes more web content viewable to the user at one glance.
For a more secured blogging platform, WordPress version 3.1 also comes with fixes to eradicate 150 identified bugs which usually destroys the performance of the application and causes it to crash.

Availability, Support and Development
Licensed under GPLv2 and later version, the WordPress iOS version 3.1 is compatible with Apple iOS 4.0 or the later version and is available on the iTunes App Store for free download. WordPress.org blogs that are self-hosted and WordPress.com web pages are all supported by this new application.
The developers from the WordPress for iOS project encourage users who would like to contribute to the development of this application to visit the online portal.

HomePage Development offers practical SEO Training, which is tailored to your needs and will help you boost your online presence.

9 WordPress Plugins You Should Definitely Use