Various leaks and renders have so far confirmed that Samsung is soon going to launch its next Galaxy Note device called the Galaxy Note 10. We have also seen numerous renders of the device which has so far suggested that the Galaxy Note 10 will come with a punch-hole selfie camera aligned at the center of the screen, triple rear camera setup and an ultrasonic under-display fingerprint scanner, just like the Galaxy S10 series. However, Samsung hasn’t yet revealed anything officially regarding its upcoming Galaxy Note 10 device.

Now, a new leaked image (see below) from FCC US has suggested that the upcoming Samsung Galaxy Note 10 won’t have a headphone jack and also the dedicated Bixby button. The leak FCC image as first spotted by folks at XDA Developers shows no spot for the headphone jack on both the top and the bottom of the upcoming Samsung Galaxy Note 10. Despite, the device appears to have a USB Type-C port and the S Pen slot. We can also see the power and volume buttons on the left edge of the device. 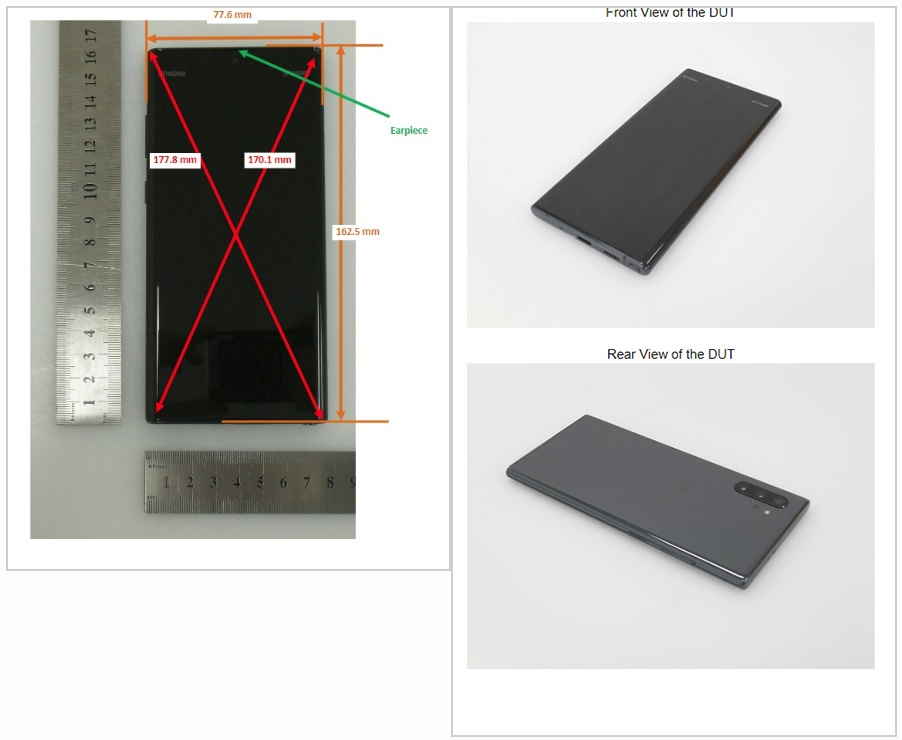 Samsung is likely to unveil its upcoming Galaxy Note 10 devices at its Galaxy Unpacked event scheduled for 4 pm ET on August 7 (1:30 am IST on August 8) in the US, New York City. The South Korea tech giant has also released a short teaser video which you can watch below.

Time to level up. Galaxy Unpacked on August 7, 2019. #SamsungEvent pic.twitter.com/2CtFPjFCAr