Cyberockk
More Topics Pune – The Queen of the Deccan 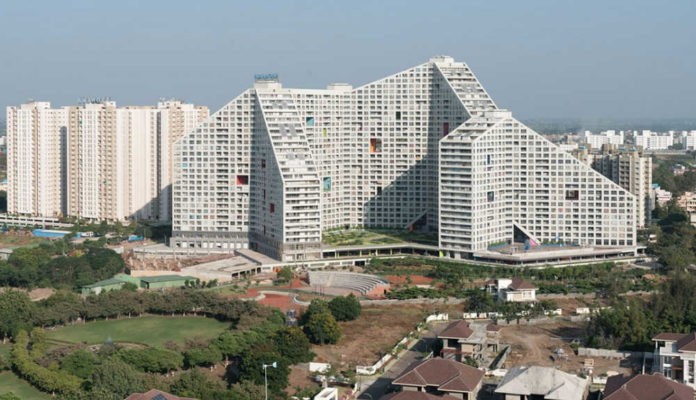 Pune is often fondly referred to as the queen of the Deccan, being one of the most well-connected and biggest metropolitan cities. Pune is a hub for education, infrastructure, production, and manufacturing. Pune is also a great place to reside with its amazing residential areas, developed with keen objectives to keep the city green and pollution-free.

The temperature and climatic conditions are very favorable and therefore many people prefer Pune as their residential haven. You might find many of your friends and acquaintances buying flats in Pune and planning to settle down in Pune as the city is truly well planned and maintained.

For some of you who do not know the historical and geographical relevance of Pune, here is a list of reasons why Pune is called the Queen of The Deccan:

Pune has a very rich heritage and history. Pune was once called Poona and was the administrative capital of the Marathas. The Marathas reigned all over western India and mostly in Maharashtra were a pivotal force of control with regards to foreign invasion.

Marathas were extremely brave soldiers who fought against French, Portuguese, and Dutch invasions in India, they even held the fort through the Mughal Invasion and took back the throne. They eventually were destroyed and taken captive by the British Army in the year 1817.

The Marathas had a rich heritage and their forts and palaces were built with extreme techniques and with exquisite craftsmanship. The remains of the Maratha empire can be found in the old Pune area and many of the forts are now converted to resorts. The area and the region have a lot of cultural lineages, one that impresses anyone who plans to live in Pune.

The University of Pune is one of the largest Universities with as many as 40 colleges functioning affiliated with it. Pune also has many other Universities both government and private that offer excellent education.

The world-famous Symbiosis University is located in Pune and is a sprawling facility of education spread on a huge campus. The Bhandarkar Oriental Research Institute is a unique cultural University with studies and research of the language Sanskrit and many Prakrit languages.

The University also houses 20,000 ancient manuscripts that are studied by the students and scholars at this university. Pune also has an Army Training Facility that enrolls hundreds of young men and women every year and is trained at the Khadakwasla Academy in Pune.

Pune has very high regard when it comes to real estate and infrastructure facilities. The city is very well planned under the Metropolitan frames and is maintained by Maharashtra Corporation. The city focuses on remaining natural and has many small belts of forests and lakes that are preserved and maintained by the Corporation Authorities.

The city is surrounded by beautiful belts of mountains and hills such as the Sahyadri Hills, Balaghat Range, and the Mahadeo Hills.

There are plenty of skyscrapers and amazing roads and national highways sprawling across the city but the geographical beauty of the city is still intact and is maintained that way. Many tourists visit Pune to catch a glimpse of many of these hills and the resorts located in them.

The city is extremely well connected with all major cities and has an International airport, many railway stations and plenty of bus routes. The roadways are extremely well linked and every small town within the city is accessible.

The residential areas are plenty and safe and are situated in the heart of the town. There are lots of gated communities, individual houses, plots, and flats in Pune that are owned by most foreign and Indian investors who are interested in the real estate in Pune.

Pune is a major hub for IT, ITeS, production, processing, and manufacturing. Automobile and Industrial equipment are the major opportunities in the manufacturing segment. There are plenty of automobile plants in Pune that employ a huge chunk of the population.

Information technology and affiliated services are also the top job destinations for the city. The tourism and hospitality industries thrive on foreign investment around the production and manufacturing facilities in Pune making it another job attraction.

It is an excellent choice for anyone, despite their age and phase in life, to work and settle in Pune because of all these reasons.