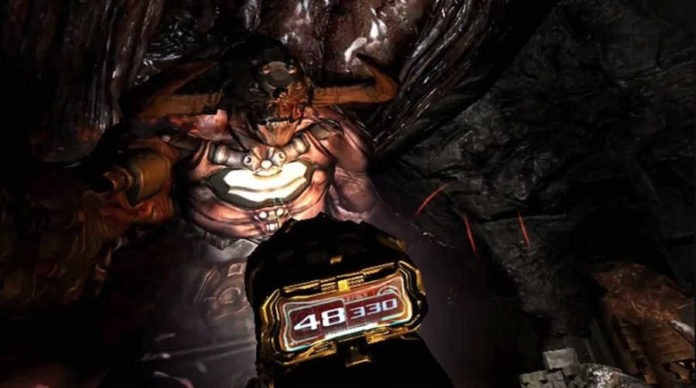 Shortly before the release of DOOM 3 VR, a few more details about the virtual reality game were shared on the official PlayStation Blog. The focus is on the Aim controller, the weapons, and the gameplay.

Another game for the PlayStation VR virtual reality headset will be released at the end of March with the DOOM 3: VR Edition. On the PlayStation Blog, the executive producer Ken Thain took a closer look at the title and focused primarily on the combat system.

He made it clear that in DOOM 3 VR the hands will not be the focus of the experience, as is the case with many VR games, but the weapons have been declared to be the real heroes. The support of the aim controller should ensure a special intensity.

Supporting the aim controller (including left-handed mode) was a top priority for the developers, says the executive producer: “With it you can truly hold weapons like the BFG 9000, feel their weight in your hands, and wield them with brutal efficiency. Personally, using the Aim Controller quickly became my favorite way to dive into the demon free-for-all,” he said.

You can move the weapons independently of your head. So you can look around a corner and start a surprising attack. It is also possible to duck under Wraith fireballs.

Changes have also been made to the weapons. The user interface has been removed from the camera view and integrated into the weapons themselves. The conversion should make it easier for you to keep an eye on your ammunition supply in the battle. In addition, laser sights and a flashlight give you the opportunity to scour the darkness and track down all enemies.

The DOOM 3: VR Edition will be released on March 29, 2021, for PlayStation VR, including the campaign expansions and backward compatibility on the PS5.