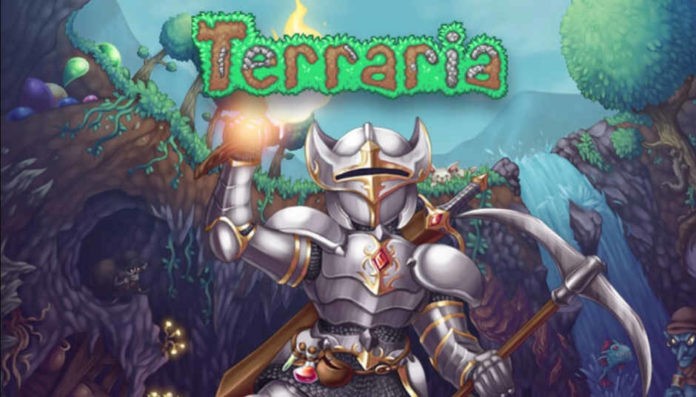 Terraria, the action-adventure sandbox game was released almost 10 years ago and still quite popular among players around the world. Developed by Re-Logic and published by 505 Games, Terraria was first released for Microsoft Windows on May 16, 2011, and has since been ported to several other platforms.

Terraria is currently available to platforms to play including Android, iOS, PlayStation 4, Xbox One, Nintendo Switch and PC. The game features five unique players and five different worlds called Terrarian world to choose from. In the game, you navigate through the game digging, fighting, exploring, and build deep into the cavernous world of Terraria.

In Terraria, you are also in the search for treasure and raw materials which helps you craft ever-evolving gear, machinery, and aesthetics and make your way ahead in the game.

The game features four different difficulty modes related to the worlds you choose including Journey Mode, Classic Mode, Expert Mode, and the hardest Terraria Master Mode. The game also features some character-specific difficulty modes too such as Hard Mode and Hardcore Mode.

Terraria Master Mode also quoted as “Game over man, game over!” is the highest level of difficulty mode option that can be selected during world creation. It further increases the difficulty of the game beyond Expert Mode. But the good thing is that it also includes Master Mode–exclusive items which we will talk about later in the post below. The full list of contents included in the Master mode can be found here. 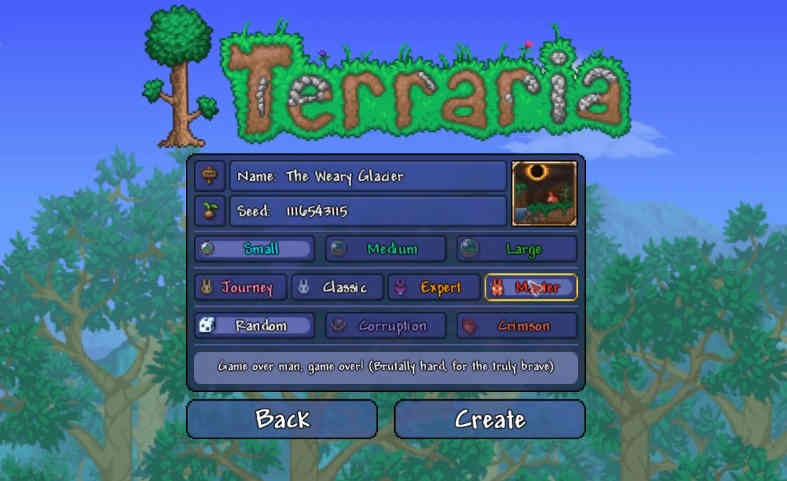 Terraria Master Mode, as I told above includes lots of great exclusive items which are rewarded after you defeat any Master Mode bosses. Notably, Bosses defeated in Master Mode drop their Treasure Bag, which contains the Expert-exclusive content of the boss.

In addition, they drop Master-exclusive items separately, which has Fiery Red rarity. A full list of rarity and their contents can be found here.

Bosses also drop Relics, these are furniture items that are always dropped by bosses in Master Mode. These items are a shiny statue resembling the boss. Bosses in Master Mode also have a 25% chance of dropping an item that summons a pet, light pet, or mount.

The game also has a wide range of bosses to fight within the game. The Terraria bosses are categorized into three different parts.

Below you can check out the list of all three categories of Master Mode bosses and the Relic, they drop.

However, the game is also available for free on Android for Google Play Pass subscribers which is currently not available in many countries including India.